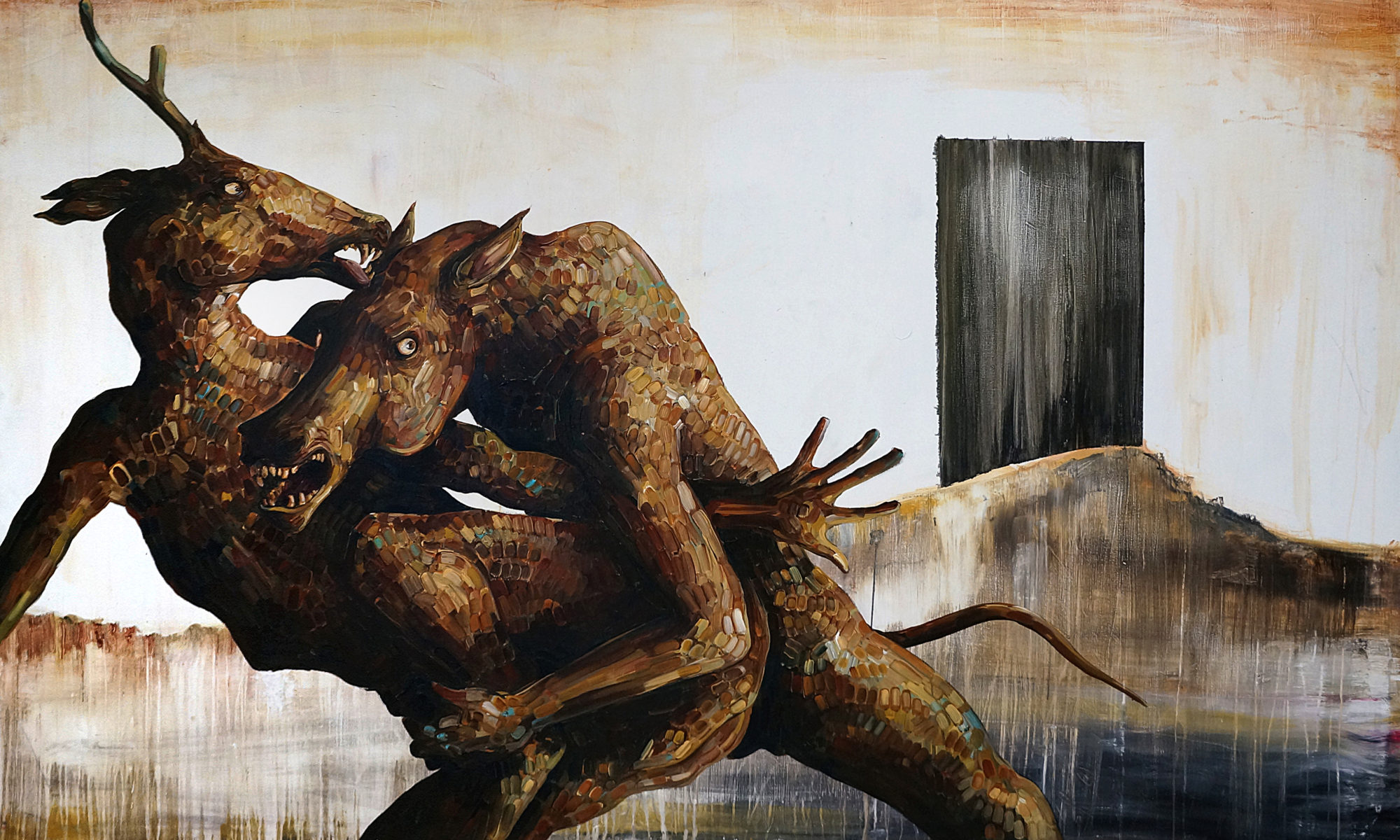 The Horn Lake series features a collection of large scale paintings mounted on colossal hand built stretchers depicting unusually proportioned ungulates typically found in the Southwestern region of the US.

Many of the figures are seen locked in battle, shrieking with fear in the shadows of mysterious, mountainous apparitions, embracing one another, and desperately clamoring to survive in a desolate realm fraught with traumatic happenings and uncertainty.

The animals are painted to scale, often maimed or mutated to great degrees, and are crudely portrayed as witnessed by a sole narrator, a West Texas native who had personally beheld the solemn abominations.

The message of the series as a whole discusses the effects of trauma and long term misfortune experienced by an individual in the setting of rural West Texas. The technique with which each painting is produced reflects that of early Impressionists fused with the bleak tones of German Expressionism, a movement that explored similar themes of societal adversity.